Located on the top level of the Super Center Mall in Abuja, Nigeria, Nollywood theme park celebrates the world’s #1 filmmaking nation with a collection of rides and shows based on popular movie genres. A roller coaster races out of the building and loops in the outdoor parking lot. A drop tower descends through the mall, enticing guests to hop aboard an escalator or elevator to immerse themselves in the magic of the movies! 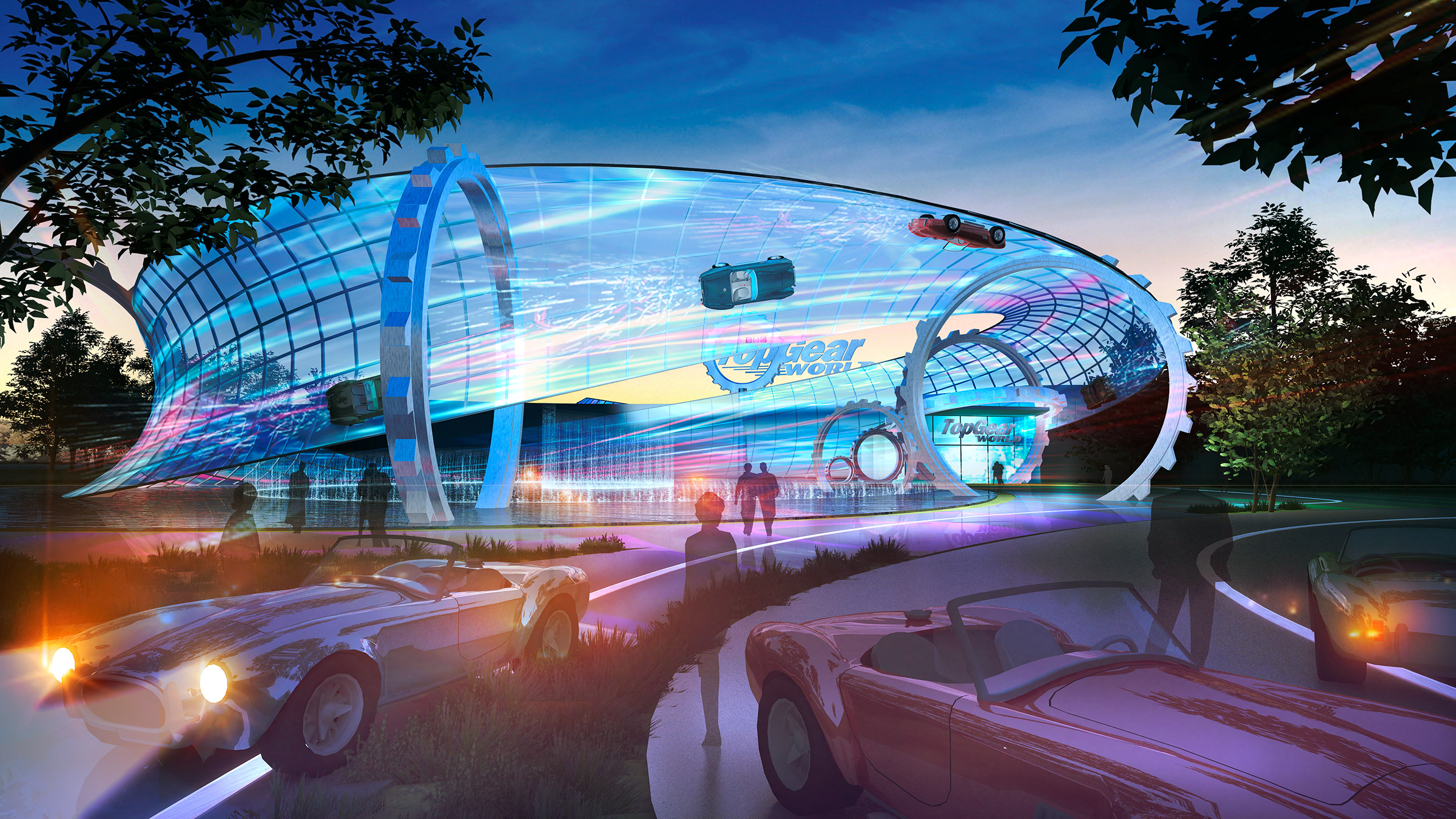 Also in 2016-17, the Zeitgeist team conceived and designed an expanded indoor/outdoor Family Entertainment Center for Wenchang, China (Hainan Island) based on the world’s longest running automotive show, Top Gear. The concept design package featured attractions based on classic episodes of the award-winning TV series. The client was so enamored with the ideation, they demanded that the developer expand the site in order to fit all of the attractions. 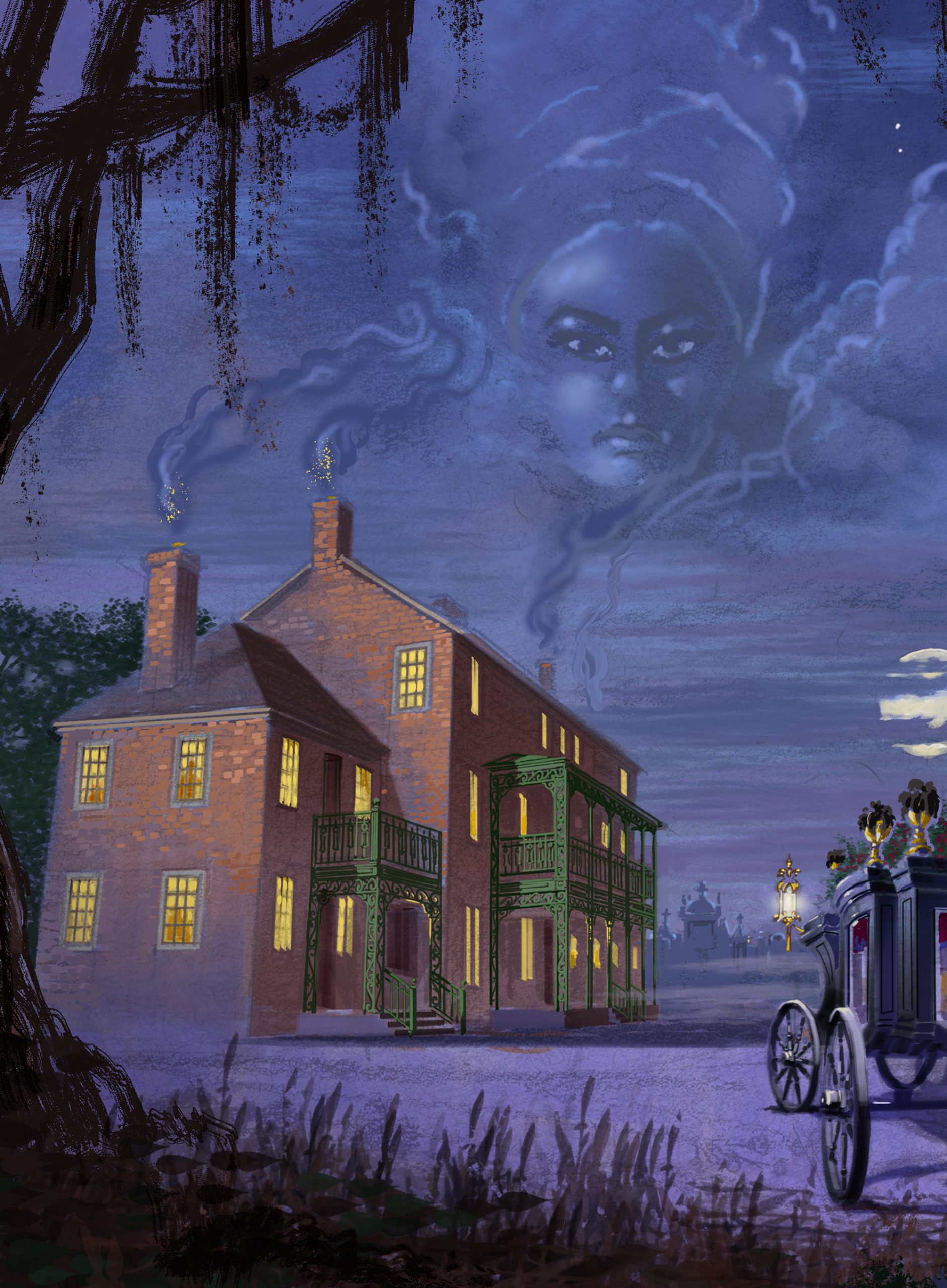 For Mardi Gras icons Kern Studios, in partnership with New Orleans real estate developer MCC Group, Zeitgeist designed a French Quarter-based attraction celebrating the city’s historic (and haunted) cemeteries. The existing three-story facility was transformed into a spooky museum experience featuring a number of immersive theatrical productions —hosted by a ghost buried beneath the building and local Voodoo Queen Marie Laveau. The attraction also featured escape rooms, a blacklight maze, a tomb slide, and a celebration of jazz funerals. City of the Dead: The New Orleans Cemetery Experience went on hold due to Covid-19 and is expected to be “resurrected” soon. 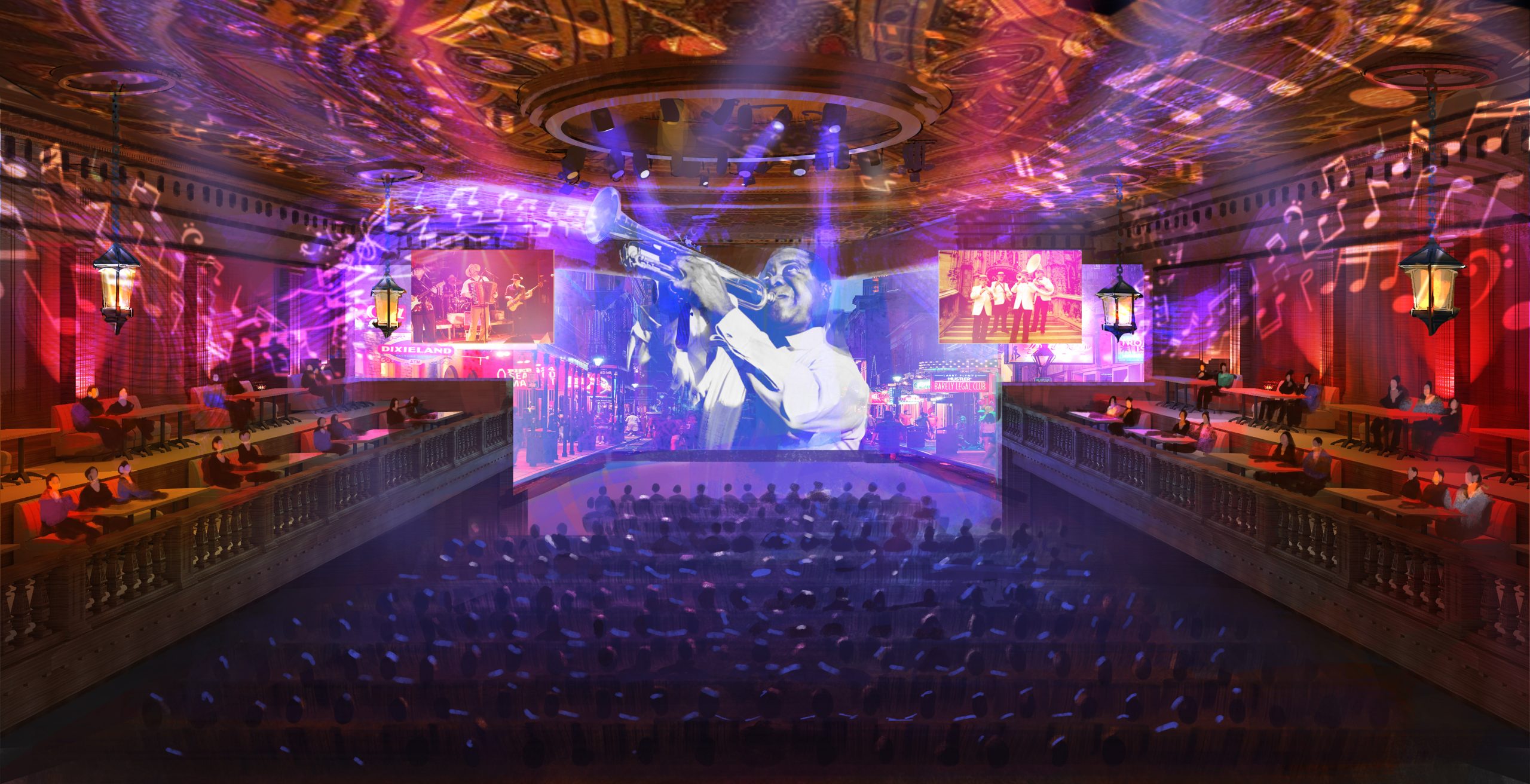 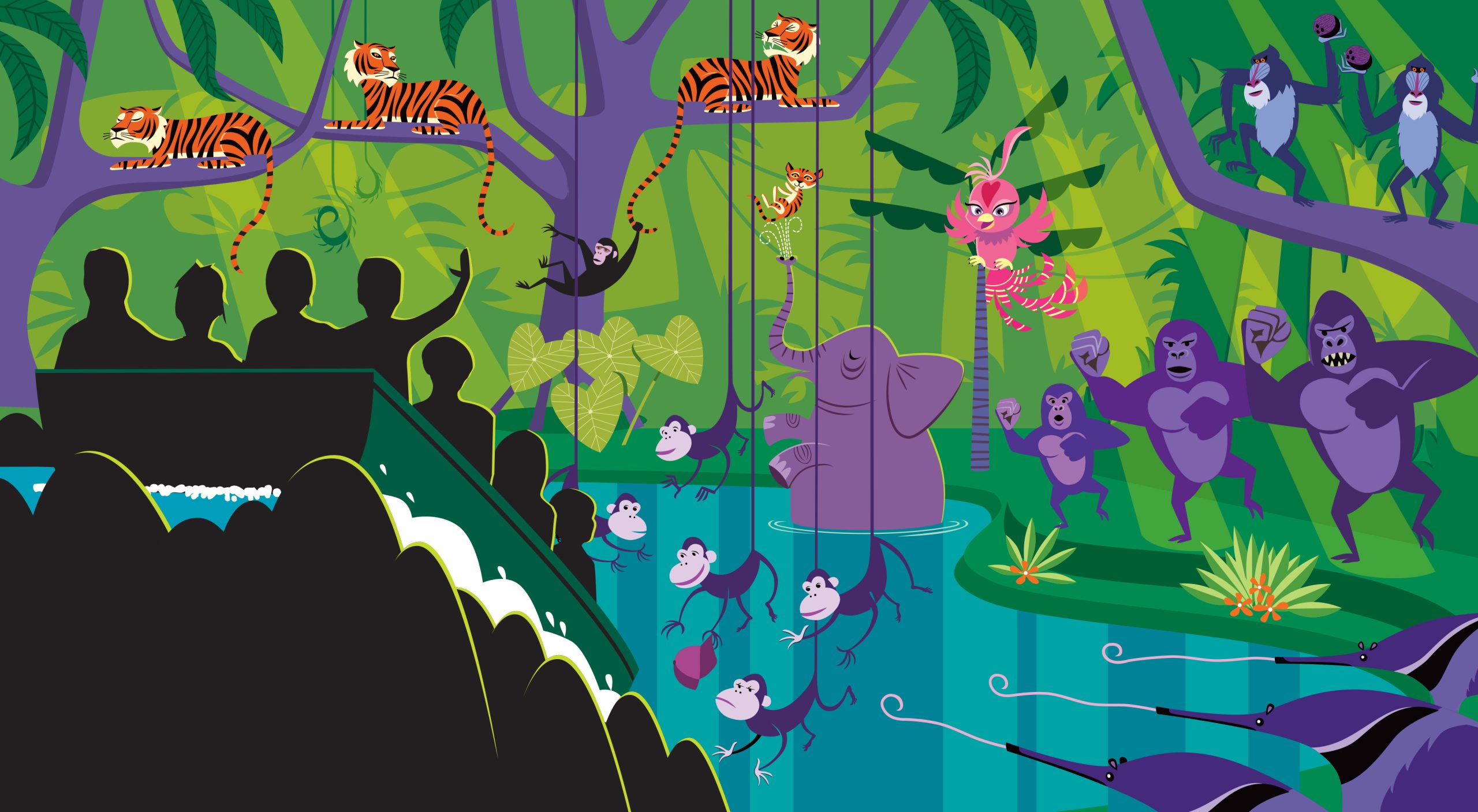 For Chimelong Group, China’s most successful owner/operator of theme parks and resorts, the assignment was to design a compelling water dark ride, populated by animals, to transport their Safari Park guests around the world The team took its inspiration from the unique style of Disney’s “It’s A Small World.” Famed artist Shag (aka Josh Agle) joined Harmon and Lanzisero to redefine the dark ride. The result was “Critter Cruise,” in which the 1960s “exotica” musical soundtrack (think Arthur Lyman and Esquivel) and Shag’s mid-century-inspired environments and creatures put guests in another world.

In 2020, Chimelong Group began developing a new area of their Zhuhai, China resort – home to its successful Ocean Kingdom theme park. Zeitgeist designed Space Race, a space-themed looping roller coaster which loads inside an interplanetary mothership, launches through a media tunnel and sends the space pod-themed trains racing through an intergalactic landscape illuminated with millions of LED stars. 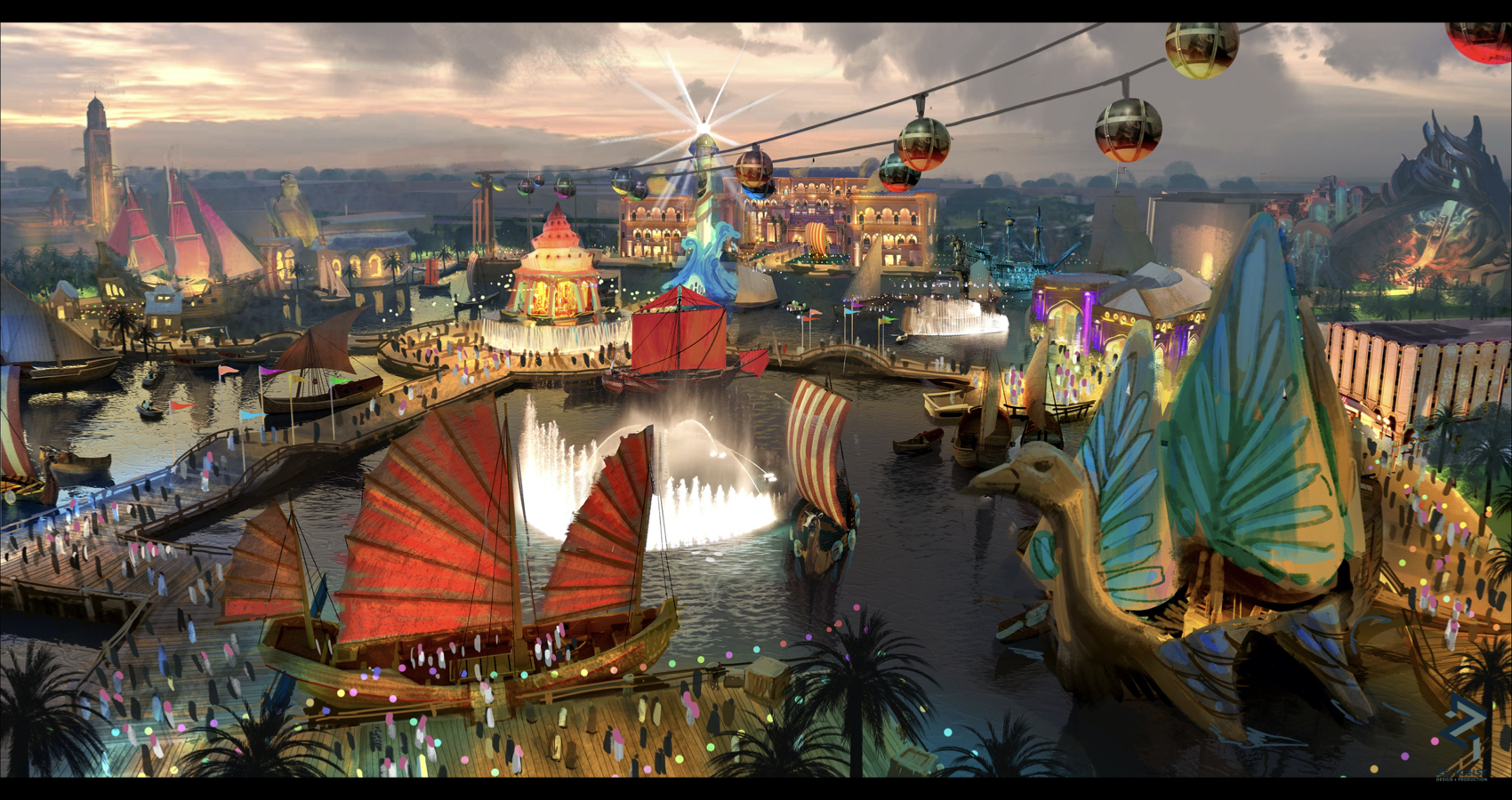 For a client in the Middle East, Zeitgeist conceived and designed a transformative new theme park along the Red Sea north of Jeddah, Saudi Arabia. The sea-themed park breaks new ground with a central “Fantasy Harbor” that combines real and fantasy ships in an admission-free retail, dining and entertainment boardwalk. Around the perimeter of this magical marina are four themed lands that celebrate European and Middle Eastern pirates, a legendary Middle Eastern lost city, ocean myths and Middle Eastern fairy tales. The project is currently awaiting approval by the Saudi Arabian government to proceed into schematic design. 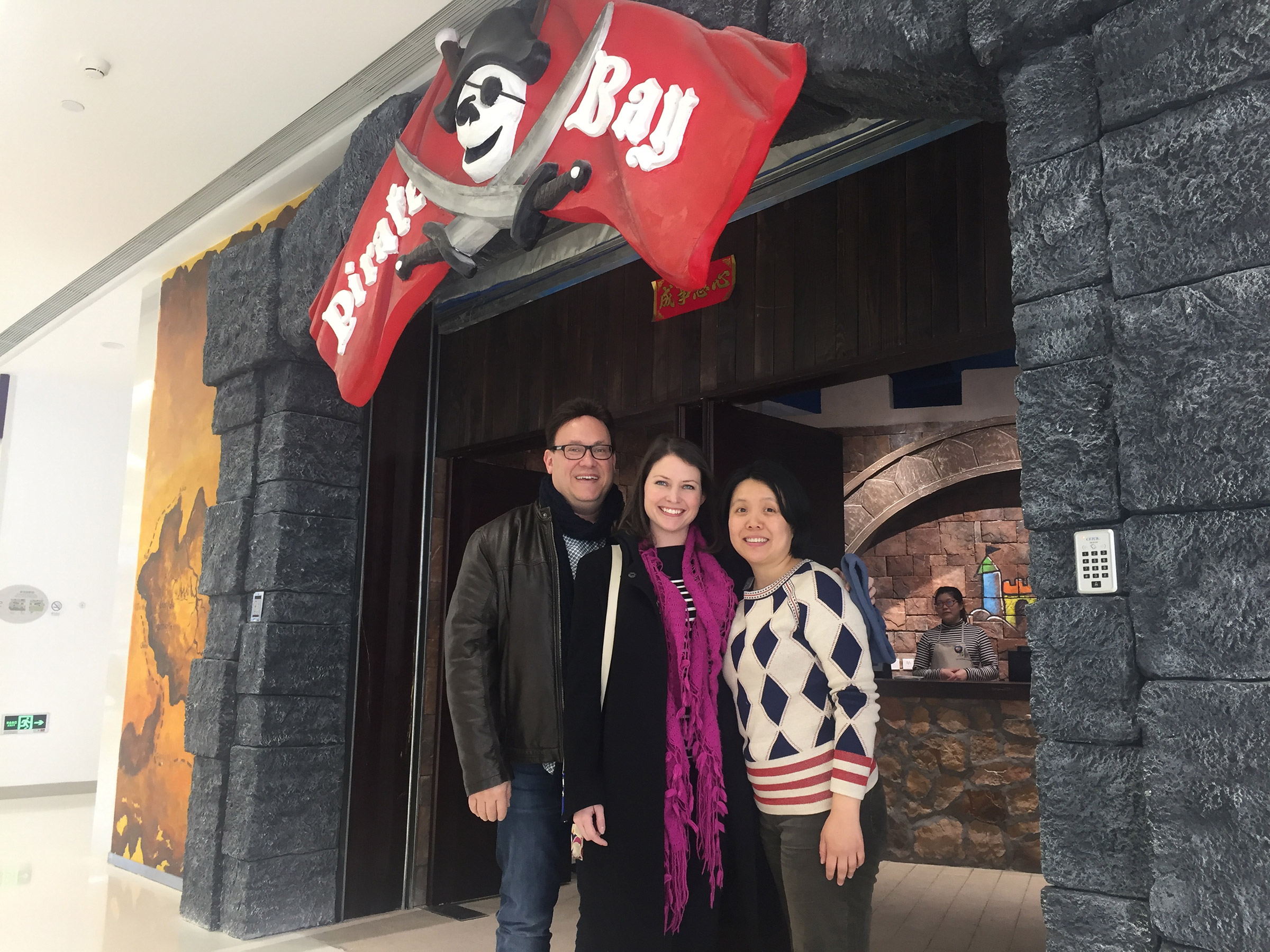 This pirate-themed indoor children’s entertainment center was designed for WSJ Theme Entertainment for the Macrolink Mall in Shanghai. Zeitgeist imagined guests arriving at a Caribbean Spanish fort, clambering aboard a pirate ship to enjoy slides, climbing structures, and cannonball cannons, an underwater zone, dress up stage, and birthday party room. The attraction opened to great acclaim in 2017 and continues to delight children of all ages.